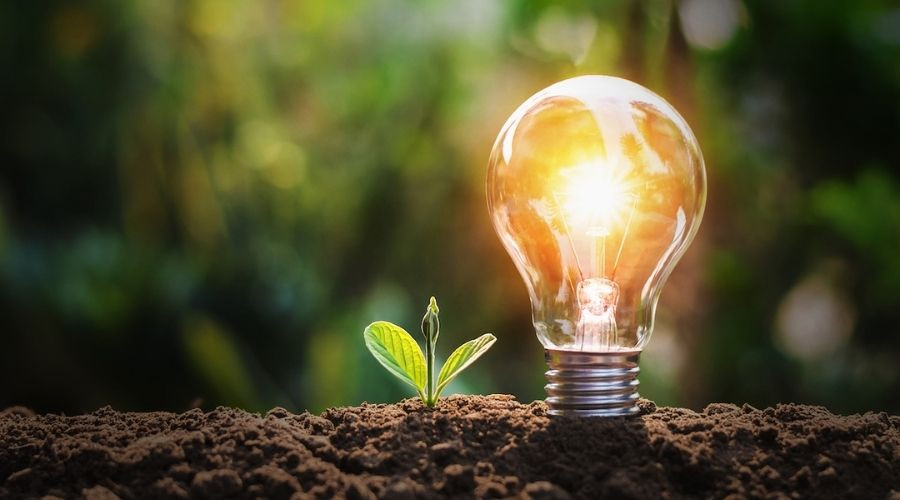 “Green” labels are used for products ranging from organic pasta to cost-efficient windows. While most people assume it has something to do with the environment, the specifics are often hazy.

“Green” energy is generated from a renewable energy source like sunlight, water, or wind. Because this particular energy does not release greenhouse gasses, it is considered better for the environment. Using green energy can be used to minimize damage to the earth and reduce energy costs.

Approximately 20% of home energy costs stem from water heater usage. Water consumption can also come from washer cycles and toilets. If multiple people are sharing a home, this expense can quickly add up. 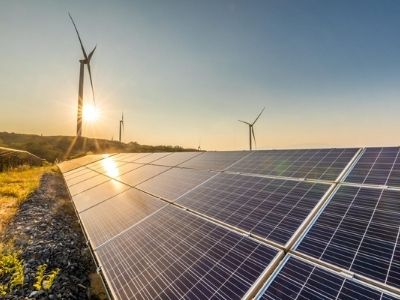 Solar energy harnesses energy from the sun. This type of green energy can take the form of solar panels attached to a home’s roof. Solar cells are derived from silicon that can transform light into electricity. Rooftop panels can create enough electricity to heat a home or business.

Wind energy is another popular source. Wind turbines that are now the size of skyscrapers are located around the world to produce electricity. Wind generates approximately 6% of United States generation.

Geothermal energy is the fifth biggest renewable energy source used in the United States. Both electricity and direct heat are provided by geothermal power. The three types of geothermal plants include dry steam, flash steam, and binary steam. Using the steam from hot water reservoirs, power can be generated from below the earth’s surface.

Hydroelectric energy is one of the largest renewable energy sources in the country. This method relies on water so its force can transmit energy from turbine blades. Small hydroelectric plants produce less than 40 megawatts and do not cause as much damage as traditional plants.

There are multiple ways to measure energy efficiency. By calculating the fuel cost and environmental damage, these factors can paint a clearer picture. All renewable sources of power are considered less harmful than those that emit greenhouse gasses. However, wind and solar are less likely to negatively impact rivers than hydropower.

The Benefits of Renewable Energy 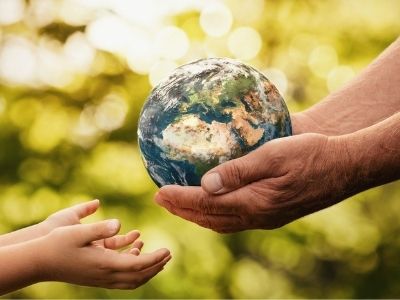 Green energy helps protect the environment by using natural sources that are less likely to run out. It also helps homeowners save money. This is especially true for homes that need to generate increased power.

National electricity costs will usually increase with each year. To prevent utility rate inflation, solar power provides a buffer. Even for homes that cannot generate electricity for their entire house with solar panels, the price is still significantly reduced.

Green energy is a reliable source. Power outages are less likely to occur with wind or solar power. If there are electrical issues due to severe thunderstorms or rain, this is less likely to influence power generated from a green source.

There is an abundant supply of natural renewable energy sources. Because it is frequently replenished within a relatively short period of time, these energy sources are much less likely to deteriorate. Unlike fossil fuels, toxins and greenhouse gasses can be avoided.

Governmental financial incentives exist for those who are interested in green energy. Grants, tax credits, and even loan programs are may be available for those who qualify. The Renewable Electricity Production Tax Credit and the Residential Energy Credit are only two of the programs that exist for American citizens.

Wind energy can be used at any time of the day to generate power. Since wind turbines can be built in foreign countries, this also provides more space. Unfortunately, the wind is known for its unpredictability, leading to unreliable energy. Wind turbines can also harm birds and other wildlife, depending on where they are placed.

Solar energy is usually the recommended natural source. It can provide consistent energy and is easy to install in urban areas. Solar panels require little maintenance and do not take up as much space as wind turbines. Another added benefit to solar power is its ability to work quietly. Solar panels do not create loud noise during any time of the day.

Mr. Air AC & Electrical provides electrical services across Broward and Palm Beach counties. With 24-hour live answering and straightforward pricing, they can be counted on when customers need them most. Their friendly and knowledgeable staff is ready to answer electrical or AC service questions and schedule same-day appointments. Call Mr. Air AC & Electrical today for service in Pompano Beach, FL.